In recent years, many Expats from many countries wanted to leave their home-country and fly to other parts of the world where they hope to live more serenely. According to a study conducted by OpinionWay at the end of 2013, approximately 34% of French people would be tempted to leave their country within the next 10 years. Their motives are diverse and, numerous, but also personal.

According to those who took the survey one of the most attractive places to move in recent times is Vietnam. If so many people are able to give up their jobs and take the big leap to this country, there has to be something bringing them there. . Moreover, many expatriates have valid reasons to disembark in Vietnam, and settle more precisely in Saigon.

Why move and live in Saigon – Ho Chi Minh City?

Expatriate in Saigon, Ho Chi Minh City, for more than 4 years, I have received this question dozens of times by email. Of course, I could share the personal and professional reasons that pushed me to move there. But I wanted to invite an expat friend so that he could relate his own story and what led him to this city 👇.

In this interview, Chou Tac, French expatriate in Asia for more than 5 years, shares his opinion on Saigon as a city to live in. We also have fun comparing Vietnam with Singapore and draw conclusions on the similarities between these two countries. We talk for example about :

There are many advantages to living in Saigon in Vietnam. Among its strengths are the very affordable costs of living, the wide range of opportunities available, the tropical climate and the interesting culture of this region. Here are seven interesting reasons that could motivate you to leave for Saigon.

The Cost of Living in Saigon: Living Comfortably Without Spending a Lot

The United Economist Intelligence has shown, through a study, that Ho Chi Minh City is among the top 10 cities where the cost of living is very affordable. In addition, several expatriates say that with an income of 800 to 1000€ per month, it is possible to live quite comfortably by adopting a Vietnamese style. This is surprising and there can be no doubt about it, since with only 200 euros per month, many of the locals are doing very well. For more information on cost indications, we suggest you consult our article on the standard of living in Vietnam.

As a result of this ease of living, Saigon is a destination of choice for people with modest incomes, such as retirees and annuitants. Vietnam in general is a very favorable country for people whose source of income is freelance work such as writers or web editors, webmasters, and any other employment in the field of outsourcing. All you need is a basic internet connection and you’re done.
To finish with this point, please note that the very low cost of living in Vietnam allows considerable savings and thus to have a significant investment power.

Find our guide to make your expatriation in Vietnam a success

Vietnam is a region with no less than 89 million premises. As their purchasing power has increased, they are increasingly turning to new things like mass consumption. One would not have guessed it, but many Vietnamese are able to save months of their salary to acquire an iPhone for example.

There is Anam with imported products, KPMG for the consulting, HSBC for banking and more. Of course, Japanese, Korean and other European companies are also a lot.

Many companies continue to show interest in this new market in Vietnam. These include restaurants set up by French expatriates and corporate expatriates whose activity is linked to new technologies. It is not surprising to see all these companies opening their doors, because it only takes a small investment to start your business. This is all the more encouraging when you consider that labor and real estate costs are relatively low. All the conditions are therefore in place to promote business profitability. 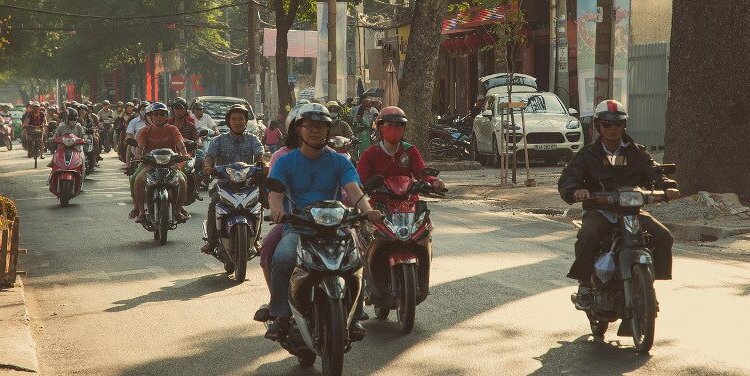 A Tropical Climate: Sunshine and Heat (Almost) All Year Round

The climate in this country is undoubtedly one of the most appreciated in the region. You don’t need to worry about being cold, because the sun takes care of warming you up. Nor will you be interrupted by a rain that surprises you while you jog in the morning.

This wonderful country has two seasons: a dry season and a rainy season. However, cold is practically non-existent in all seasons. If the heat is too hot, it may rain in the middle of the afternoon to balance the temperature a little bit.

We can only recognize the happiness that such a climate brings.
This is a far cry from the untimely heat of Paris or the coolness of eastern France.

Living in Vietnam as an expat is possible for retired, young workers, investors and even entrepreneurs. Feel free to get your copy of our e-book helping expats moving to Vietnam.

A Cultural Environment and a Very Dynamic Population

While it is true that the language culture can be difficult to grasp, it must be recognized that it can become a passion very quickly when you master it. Vietnam is also very active thanks to its very young population. The youth is in full swing and there are children on every street corner. As a result, streets and houses are very busy and there is a certain amount of disorder. 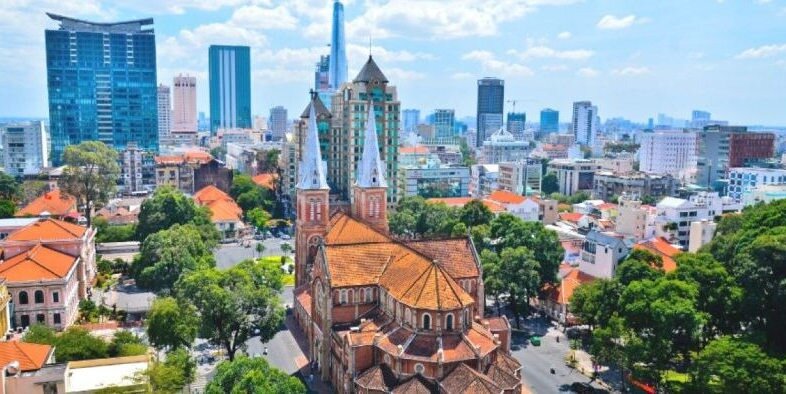 That said, you will not fail to enjoy this animation unlike the boredom you may have in most of the developed western countries. The population is very friendly and there is a certain security in the area. It is very rare to actually see acts of violence. This is normal, because Vietnamese people all consider themselves to be brothers and sisters.

A Green City: Parks and Rivers for Walking

In large cities in general, it is rather rare to find green spaces where you can get fresh and natural air. But to the great surprise, Saigon is an exception to this rule. This city is full of several green spaces. In addition, you can’t walk along an entire street without seeing a tree. This is certainly a very good reason to retire there. 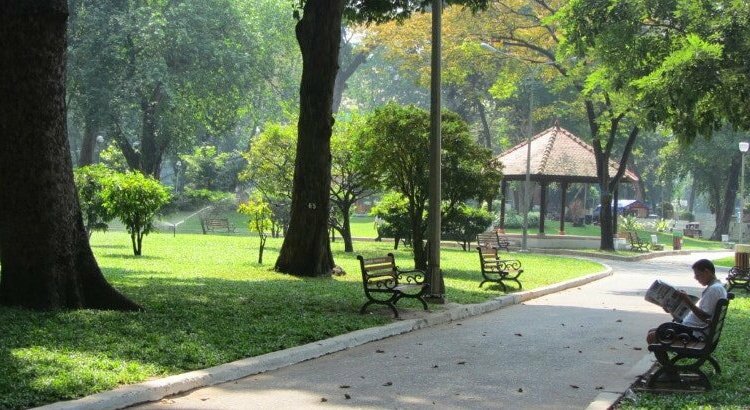 Moreover, the security situation in Saigon is making the world’s major cities pale in comparison. Of course, you must remain vigilant, but you can always enjoy the spaces by enjoying a good Pho or Banh Mi, for example.

Delicious Street Food – Cooking in Every Corner of Saigon

In Saigon you won’t have to think too much about what you’re going to eat. If you are a lover of street food, you are absolutely set for places to go . On every street corner, you can enjoy the culinary delights of this country. In Saigon in particular, you have the opportunity to enjoy Pho, Banh Mi, Bun Mam or Bun Bo Hue. 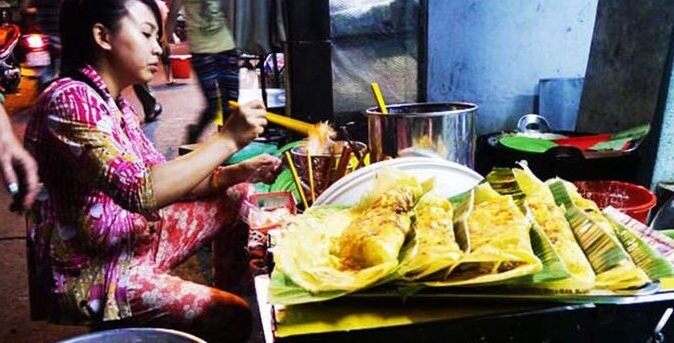 To give you a little insight, Pho is a rice noodle soup with herbs and a piece of meat or fish. Banh Mi is a Vietnamese Sandwich and Bum Mam is noodles with a sauce that is only found in Vietnam, accompanied by fish, meat, eggplant and citronella.

In terms of progress, we can say that Vietnam is a country with strong potential and in the process of development. It is therefore normal not to be able to find all the consumer goods that are available in European countries. However, a large part of its property is easily accessible in this country. Assuming you want to buy sports shoes with a certain level of quality, your choices are limited. But as far as brands with a good reputation such as Addidas or Nike are concerned, they are well represented. The situation is more or less similar for many other European goods.

But like everywhere else, this country is not without its faults. Be aware that the purchasing power of the premises is not that high, and very few people receive an attractive salary. It can also be difficult for some people to adapt to the different waves of noise found in the streets(this line is fine, but maybe move it up to where you first mention children playing).

One thing is certain, this country has more advantages than disadvantages. For the few negative points, it is easy to adapt to them.. If you are considering moving abroad, you should know that Vietnam is a destination to consider.

In Brief: Living in Saigon, Vietnam

The positive points we have just gone through are very favorable for a quiet and peaceful life. There are many reasons why you may want to settle in Saigon, as it is a city with many advantages. Finally, the Vietnamese are very friendly and consider anyone else to be a member of their family. You will therefore be well cared for.

More about the life in Vietnam ? Get a copy of our book for expats

Other guides about moving to Vietnam :

Download my book « 7 mistakes your must avoid in Vietnam » for business, investment and relocation in 2023.